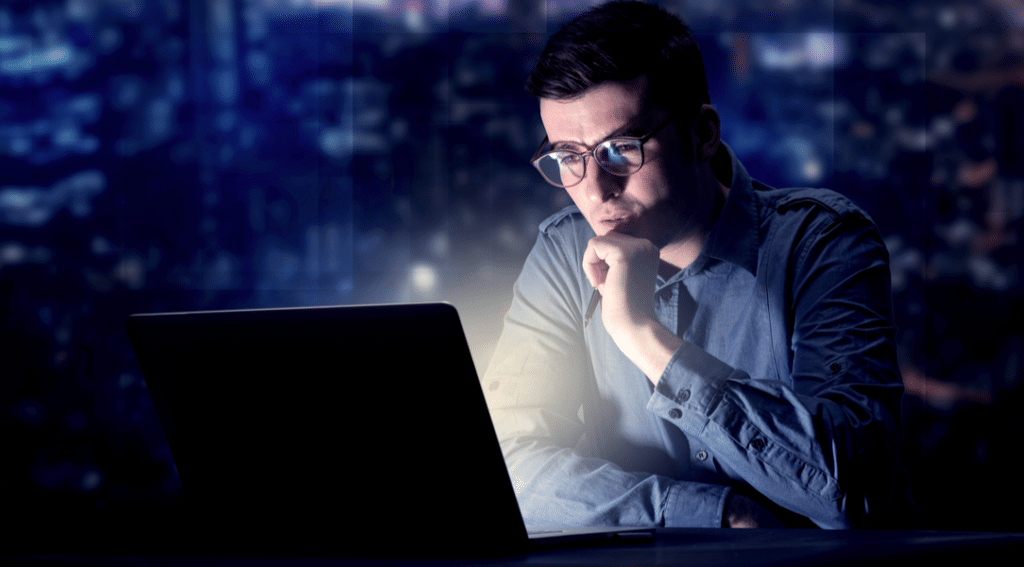 The average American spends more than 11 hours a day interacting with a smartphone or computer screen, and it may be starting to have a significant impact on our health.
The culprit is a high-energy vision (HEV) blue light emitted by OLED and LED screens and devices that has been known to cause headaches, dizziness, imbalances in human circadian rhythms, and even age-related macular degeneration (AMD) or blindness.
Last month, the French Agency for Food, Environmental and Occupational Health & Safety (ANES) warned that blue light in LED lighting used in our homes could damage the eye’s retina and disturb biological and sleep rhythms.
The report stated that scientific evidence confirms the phototoxic effects of short-term exposure to high-intensity blue light, as well as an increased risk of age-related macular degeneration after chronic exposure to lower-intensity sources in people above 50 years in age.
Now device manufacturers such as Dell are taking steps to prevent the harmful impact of blue light by partnering with Healthe, a Minnesota-based firm which has released a line of blue light HEV filters and eye protection products called Eyesafe.
Dell’s has incorporated Eyesafe’s standards-compliant blue-light reducing display technology in its 2019 notebook computers.
“Given the growing research and awareness about the health risks of extended screen time –we are now looking at devices more than we are sleeping –manufacturers are quickly responding to manage blue light emissions better,” said Justin Barrett, CEO of Healthe. “We believe that screen time will continue to increase going forward, and device use should be safe and automatic.”
While blue light in its natural form – most notably emitted by the sky – is beneficial to the human body and regulates sleep-wake cycles, improves alertness, heightens reaction times and elevates mood, it can be disruptive in its artificial form (OLED and LED screens) especially at night.
Blue light has a spectral wavelength of between 400nm to 500nm, making it one of the shortest and highest-energy wavelengths. These short, high energy blue wavelengths collide with the air molecules causing blue light to scatter and flicker more easily than lower-frequency wavelengths creating a glare that reduces visual contrast, sharpness and clarity which strain the human eye.
A  study by PEC University of Technology of 70 male participants found that exposure to Eyesafe’s blue light filter technologies resulted in elevated memory performance and mood in participants compared with those with exposure to baseline unfiltered LED screens.
Although Eyesafe did not give specifics about its technology, the company says that it works with display manufacturers to make adjustments that shift many of the blues towards the warmer end of the spectrum while leaving the rest of colors intact.
“Eyesafe’s software and hardware screen filter solutions perform without any color degradation and are invisible to the end user, with no noticeable change in color,” Barrett said.
In the past, most manufacturers were not interested in high energy vision filtration technology because there was significant color degradation he added.
“The tradeoff between color performance and adding protection filtration products was not acceptable,” Barrett said.

However, that is now changing as more enterprise organizations are focused on increasing workplace productivity.
According to the American Optometric Association (AOA), the most frequent health complaints among computer workers are vision-related problems such as eye strain and headaches, symptoms of computer vision syndrome (CVS).  The problem is especially pervasive among computer users in the workplace. Between 50% to 90% of computer users in the workplace report suffering from visual symptoms of CVS.
CVS leads to increased employee mistakes and results in lost productivity. As more enterprise organizations focus on creating an optimal work environment for their employees, alleviating vision-related problems related to CVS are starting to gain popularity.
Factors such as health-payers bundling blue light filtering projects in their plans and acceptance of a growing body of research in the medical arena which is recognizing the harmful impact of exposure to blue light are also changing the dynamic, said Barrett.
“Pressure from the public is leading industry change.”The future of tech is going to be about integrating health first,” Barrett said.