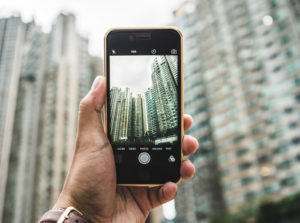 Commercial real estate developers, general contractors and property managers are experts when it comes to things like architectural design, construction materials and running a profitable building. In contrast, their knowledge of what has evolved into critical infrastructure, namely information technology and wireless communications systems is still very basic. In particular “The Internet of Things”, an important and established part of the modern commercial real estate lexicon is rarely understood.
Ironically, the old brick and mortar amenities that affect tenant acquisition and retention, the life blood of any profitable commercial building, to a great extent today play back seat to the presences of IT and wireless communication systems that allow for the robust use of smart devices and provide cost saving insight into the efficient operation of building systems. Bottom line, Internet based high-technology may not on its own win over a potential tenant, or be the only factor governing profitability, but absence thereof could quickly have negative effects.
We are all familiar with “The Internet of People”. The goal of this article is to explain in simple terms “The Internet of Things” because I believe it is an important concept for developers, contractors and property managers to understand if they are to better control the costs of their business and remain competitive. First let’s look at the people side of the Internet.

I’m a baby boomer and male, so when you ask me about my car I start off by telling you things like it’s a turbo-charged V6 with 300 horsepower. Or it has 18 inch wheels and paddle shifters.
But today, if you ask a young person about their car they proudly rattle off the fact that it has Bluetooth, its own internet connection, built in GPS, USB chargers, XM Radio and auto parking.
Obviously, times have changed. The universal mind set is now so focused on Information Technologies, that in many cases it subjugates what used to be and still is important. Furthermore, the need to be connected knows no bounds; rich or poor, young or old, educated or uneducated, rural or urban, it makes no difference; we are all dependent on and connected to it through our smart mobile devices.
The Internet and what it does for us have emerged as this benign amorphous cloud. It magically connects you to others, and provides most information necessary for living in a modern world. People think first about being and staying connected to it. Losing that connection leaves you untethered and left out; a very scary proposition.
However, the commercial developer doesn’t even think about putting millions of dollars into a marble lobby, granite counter tops, fabulous exercise rooms, child care and even doggie care. Except, have one person not be able to use their smartphone in the lobby and none of those nice-to-haves matters.
The Internet is an information highway that has an infinite number of lanes. It is far more vast than you can imagine and it does not discriminate between people or things. For the first time ever there are more smart devices in the world than there are people, according to data from digital analysts at GSMA Intelligence. (GSMA is a UK based research firm data from 2014)
Being personally connected “The Internet of People” is however only a part of the grand scheme. “Things” can also be connected, hence “The Internet of Things” (IoT).

IoT represents the next evolution of the Internet itself. The number of things connected to the Internet far exceeds the number of people with smart devices even though the number of smart devices exceeded the total number of people on the planet some time ago. As you jump on Face Book to tell your friends about a new event in your life, machines jump on the internet to report on how well they are performing; are they full or empty, are they working at full capacity or half speed, how efficient are they performing.
A sensor can be imbedded into virtually anything. The chip’s function is to gather operational data in regards to its host device. For example, there are more than 200 microprocessor based sensors in the modern car; it is hard to imagine how many there will be in commercial structure. Either wired, or wirelessly through a Wi-Fi or cellular signal, these device will connect to the Internet and download the data that they are programmed report on, and or take instructions sent by the person or thing responsible for that machines continued efficient and therefore profitable operation.
These imbedded sensors manage the performance of processes or machines of all kinds. They also track consumers’ behavior and anticipate their needs and intentions yielding useful and powerful marketing data. Experts estimate that the IoT will consist of almost 50 billion “things” by 2020 many of which will be in buildings. (Source: Cisco IBSG, April 2015)
Among the things of critical interest to the Building owners are building automation systems such as the control, automation or regulation of lighting, heating, ventilation and air conditioning. Also important to them and their tenants are insight into the workings of appliances such as washer/dryers, robotic vacuums, air purifiers, ovens or refrigerators/freezers that all use Wi-Fi or cellular connections for remote monitoring. Wikipedia says, “IoT allows objects to be sensed or controlled remotely via existing Internet connection creating opportunities for more direct integration of the physical world into computer-based systems, resulting in improved efficiency, accuracy and economic benefit in addition to reduced human intervention”.
IoT becomes extremely important in managing commercial building systems where pennies per square foot make the difference between profit and loss. Just as people connect to the Internet to communicate and increase their knowledge and productivity, “things” connect for many of the same reasons. There are literally thousands of building applications analyzing the collected data. All this has a positive financial benefit to the commercial building owner.
To sum up, the Internet has two sides, or nuanced distinctions. One side is for “people” and the flip side is for “things” or The Internet of Things; IoT. Those three letters are now an established part of the commercial real estate vocabulary and practice. In the long run, they represent more efficient building operation and increased profitability.
*Reprinted with permission
Bob Butchko IBW Enterprises LLC
BB@ibwenterprises.com l (M) 302.515.4811
17202 Chatham St l Lewes DE 19958
Looking to get the latest information about  Wireless Infrastructure, 5G, Smart Buildings, IoT,  and Small Cells  or just want to see what we’ve been following throughout the week, we’ve got you covered. Subscribe Here to receive our weekly Newsletter.