Blackstone Group and Ivanhoe Cambridge plan to put solar panels on the roofs of the Stuyvesant Town apartment complex, reports The Wall Street Journal’s Peter Grant. The move would turn the Wall Street venture’s $5.3 billion purchase two years ago into Manhattan’s largest solar power producer.
The companies anticipate spending more than $10 million to install approximately 10,000 solar panels on the roofs of 56 buildings in the East Side complex. The panels will generate enough power for close to 1,000 apartments each year, which represents about 9% of all the units in the 80-acre complex. According to Blackstone executives, the panel additions will triple the borough’s ability to produce solar power. 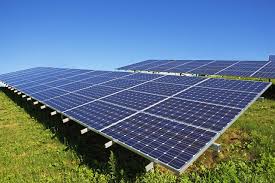 “You have 56 separate buildings with flat roofs,” said Nadeem Meghji, Blackstone’s head of real estate in the Americas told The Wall Street Journal. “That enabled us to roll out the largest private multifamily solar installation in the U.S.”
Blackstone has been active in finding ways to save on energy costs in its global portfolio that comprises real estate, infrastructure, hedge funds and other investments. The firm’s goal is to generate approximately $100 million in value though these efforts. Not all of the moves to cut energy costs have to be as expensive as solar panel installation either; a more cost-effective measure like putting in more efficient toilet flappers in all of the firms hotel restrooms could also go a long way.
The firm is also aware of the public relations value that comes with putting solar power in the center of a complex that raised numerous concerns about affordable housing and other issues within the community.
“When we made our original investment, we made a promise to be partners with the city and community,” Mr. Meghji told the publication. “This is just an extension of that promise.”
This project probably will not generate a big return investment for the companies due to how much the installation will cost, the height of the buildings and the limits on how much power can be generated. However, the Stuytown complex owners are receptive to residents’ environmental concerns. The company also operates one of the biggest composting programs in New York City.
“We take surveys of our tenants and we hear they care about these issues,” Meghji said.
Stuytown has proven to be one of few affordable complexes in the city as prices for housing elsewhere continue to rise. There was concern this would not be the case when Tishman Speyer and BlackRock, Inc. bought it for $5.3 billion. However, the venture came across significant financial issues and that is when Blackstone stepped in and purchased it.
Russell Unger, executive director of the Urban Green Council said New York has been one of the nation’s leaders in build energy efficiency. From 2010 to 2015, he stated current buildings decreased energy use by 10%, mainly because buildings switched from oil to natural gas and power plants made improvements.
New York City Mayor Bill de Blasio said the city aims to add 1 gigawatt of solar capacity by 2030, which would power 250,00 homes. The mayor also said solar power generation in New York City has increased four times since his administration began.
The Blackstone venture has hired Onyx Renewable Partners as the developer of the Stuytown solar installation. It is expected to begin this winter and be completed in 2019.