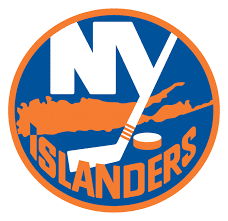 New York governor Andrew Cuomo recently unveiled a $1 billion plan that would bring the hockey team back to Nassau County with a brand new arena at Belmont Park. The Islanders had moved to the Barclays Center in Brooklyn in 2015.
“The Islanders are back where they belong,” Cuomo said at an event at Belmont Park in Nassau County along with Senate Majority Leader John Flanagan and NHL Commissioner Gary Bettman.
The New York Arena Partners (NYAP) will redevelop up to 43 acres of property that the Franchise Oversight Board (FOP) currently owns, according to an Empire State Development press release. Along with the 18,000-seat, multi-use arena the Islanders will plan in, NYAP’s complex will include a 435,000 square foot retail, dining and entertainment village, a 193,000 square foot hotel and 10,000 square feet of offices and parking.  This proposed project and any contractual documentation are subject to all public approval processes as required by law.
Sterling Project Development, which is run by the Wilpon family, owners of the New York Mets, is among the conglomerate of companies that will privately fund the $1 billion price tag. The developers will get a tax break, according to Mr. Cuomo’s office.
The announcement came after a thorough review and evaluation process by the Belmont Park Redevelopment Selection Committee. All interested parties had to submit a “Base Plan” to Empire State Development (ESD) that called for the redevelopment of 36 acres on Site A and Site B, which are the two parking lots located north and south of Hempstead Turnpike, which are used once a year for the Belmont Stakes. Respondents could also submit proposals that included an additional seven acres of land adjacent to Site A, referred to an Alternative Plan.
ESD formed Technical Committees to review the proposals: Real Estate and Economic Impacts; Finance; Environmental Review, Planning and Design; Community Benefits and Procurement and Diversity Practices. ESD and local elected officials also held multiple community listening sessions to solicit public input and for respondents to present their proposals and answer written questions from the public.
Once the Selection Committee reviewed all materials and asked each team additional questions, it scored the proposals on a scale from 1 to 10 on criteria that included, Development Experience and Financial Strength; Financial Offer, Overall Project; Project Design and Timing; Diversity Practices and Community Benefit. Based on the evaluation process, NYAP had the highest score. The Selection Committee’s judgment deemed NYAP’s proposal would bring economic benefit to the area in a manner consistent with the goals of its request for proposal.
NYAP’s winning proposal will see the Islanders return to Nassau County after a three-year stint in Brooklyn. The 2021 season is when the Islanders are expected to play their first game at the new stadium. In the interim, the team may play at the Nassau Coliseum, its home for 43 years, but plans have yet to be finalized.
Local lawmakers believe the stadium would bring jobs and boost the economy.
“The foundation has been laid for a sweeping economic development initiative for our region,” Republican Long Island Sen. Elaine Phillips, told The Street Journal.
John Kaehny, director of government-watchdog group Reinvent Albany, was skeptical however.
“This deal is much better than empty parking lots, but it assumes that what’s needed is a sports arena,” he said, adding that affordable housing would have been a better option.
Follow Connected Real Estate for more information on this