FirstNet continues to convince states to opt-in to its plans for a first responder broadband network.
The latest states to agree on their individual State Plans are Georgia and North Carolina. On Friday, November 17, Georgia Governor Nathan Deal decided to opt-in to FirstNet’s plan for Georgia.
“FirstNet will provide the coverage, experience and next generation technologies for our first responders…” said Bill Leahy, the president of AT&T Georgia in FirstNet press release. 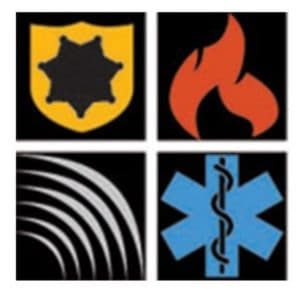 This move should completely update the way Georgia’s EMS, police and other public safety officials communicate with each other in the middle of emergency situations.
Georgia State Firefighters Association President Joey Hartley expressed his approval of this State Plan in a FirstNet press release. “During emergencies, it is critical for us to have a fully functional network to communicate with one another and coordinate our response,” said Hartley. “There is no doubt FirstNet better equips us with modern technology needed to save lives.”
Georgia was not the only state to opt-in
to FirstNet the week before Thanksgiving. North Carolina also agreed to opt-in to FirstNet plan. On Wednesday, November 15, Governor Roy Cooper made the decision.
“We must do all we can to make sure North Carolina is ready to respond to emergencies and keep the public safe,” said Governor Cooper to FirstNet in a press release“ Communication is key in times of crisis and this technology can help strengthen public safety by keeping our first responders connected.”
North Carolina and Georgia joined 31 other U.S. states and territories in opting-in to FirstNet. FirstNet and its partner AT&T will create and financially support a new wireless broadband network geared towards first responder needs. This network will “create an entire system of modernized devices, apps and tools for first responders,” according to a FirstNet press release.
This network should also provide stable communications in the middle of natural disasters, such as Hurricane Harvey or Hurricane Irma.
There is less than a month to go before states have to make their final decisions on whether to opt-in or opt-out of their specific FirstNet plans. If a state governor chooses to not make a decision, FirstNet will automatically assume that they are opting-in to its State Plan. John Stephens, AT&T’S chief financial officer and FirstNet nationwide contractor, believes that many state governors will not make an official decision at all and automatically opt-in to the plan on Dec. 28.  Out of the 56 states and territories FirstNet has offered its first responder broadband network to, 33 have officially opted-in so far.
“They’ve got to decide by Dec. 28, but many of them are just going to let the time expire and automatically opt-in,” said Stephens in a presentation at the Morgan Stanley European Conference on Nov. 16.
These State Plans were released from FirstNet and AT&T in June, and state governors have had until the end of the year to review them to see if the state will accept it. FirstNet has been working directly with states and territories since these plans were released to ensure that the specific state needs are being taken care of.  FirstNet is not the only option for state governors, as Verizon Wireless and Rivada Networks have announced their intentions to create a first responder network, too. However, as of Nov. 29, FirstNet has not received an opt-out to their plan.
Connected Real Estate Magazine will continue to report on the latest state and territory FirstNet opt-ins.
If you would like to read more on FirstNet please click here