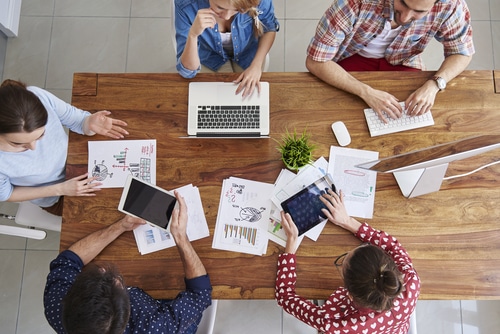 The anticipated demand increase stems from more companies seeking bigger, but more agile workspaces, which fits in with the overall move towards flexible lease terms. The “Space as a Service” model led to some of the largest flexible office space deals in 2018 in New York and London, and included well-known entities like Microsoft, IBM, Adidas and Facebook. There’s also an expectation that more landlords in the United States and Asia will create their own flex office spaces or work with providers.
When tenants reassess how they’re using office spaces, they’re taking both the cost of commercial real estate and the cost of living in a given area into consideration. Both factors have led companies to seek out secondary cities to locate in an effort to cut operating costs and increase affordability for their employees. According to Forbes, secondary markets like Las Vegas, Orlando and Austin were the fastest growing markets in the United States (gross metro product) in 2018.
Meanwhile, the sector showed significant market shifts with more corporate clients seeking flex space in 2018—demand increased by 21% in 2018 alone, according to Instant Offices. Landlords have also taken more interest in flex space as client’s demand for it has grown. Flexible office space supply in states such as Kansas, Nebraska and Oklahoma has grown more than 20% during the last 12 months.
Although demand for flexible office space is growing, Instant Offices also forecasted that a short-term oversupply of all kinds of flex space, including co-working and hybrid, will see 2019 rates decrease in New York and Hong Kong—the world’s largest flexible markets—as well as London.
“As the type of demand changes and the lifetime value of occupiers in flexible space increases, leading operators are expected to become more competitive and offer increasing discounts in key markets to gain share,” The Instant Group Managing Director John Duckworth said in a release. “Here at Instant, we forecast that in these competitive markets, operators will be willing to offer 20% or more off the advertised rates while they attempt to gain market share.
“There is still a huge focus on the larger flexible workspace operators and their future expansion plans, but the industry remains heavily weighted towards independent and localized providers and remain the ones to watch. This is where real innovation is happening in the model.  Businesses are quickly realizing that flex provides a versatile and agile workspace in central locations and this growth in demand has encouraged many more traditional operators to expand rapidly.”