Verizon plans to charge subscribers $10 more a month per smartphone if they want to add 5G speeds to their mobile devices, reports The Wall Street Journal. The news makes Verizon the first major carrier in the U.S. to disclose how much its faster cellular service will cost. 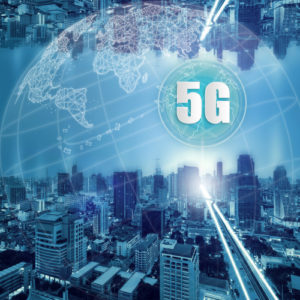 Only Verizon’s unlimited data plan customers will have access to its 5G service and they’ll have to have a compatible device. The initial footprint of Verizon’s network will be limited—including in the first cities where the carrier will offer 5G.

Verizon plans to start offering subscribers 5G phone service in parts of Chicago and Minneapolis on April 11, a Verizon spokesperson told The Wall Street Journal. Customers in those cities will be able to enjoy the 5G service for free for the first 90 days.

The Motorola Moto Z3 will be the sole device Verizon will sell initially that’s 5G compatible, according to The Wall Street Journal. The device has a clip-on modem that makes it work with the faster service. Meanwhile, Samsung announced its plans to release a 5G-compatible device later this year.

Verizon, along with the other major U.S. carriers, have announced plans to have 5G services in some cities in 2019. The new networks will determine if customers are willing to pay a higher monthly wireless bill for faster data services. As subscriber growth has slowed, the cost of U.S. wireless service has fallen in recent years. Carriers have brought back unlimited data plans and undercut one another on monthly plans in an effort to remedy this issue, The Wall Street Journal reports.

The Verizon 5G service will be located in downtown areas of its launch cities, typically around landmarks like the Art Institute of Chicago and U.S. Bank Stadium in Minneapolis. In February, Verizon executives stated the carrier plans to offer 5G in more than 30 markets this year. Verizon hopes deploying 5G early in those markets will allow it to see what kind of value the network offers.

At the end of last year, Verizon offered in-home 5G broadband service in four markets for $70 a month, but it wasn’t based on the international 5G set by a global industry trade group so the equipment would have to be updated, according to The Wall Street Journal. Meanwhile, AT&T created a 5G mobile hot spot that if offered to some business and consumers for free. The carrier will sell the equipment this spring for $499 and the service would be available in portions of cities for $70 a month for 15GB of data.

“We don’t have plans for the smartphone plans that you see today to charge differently for 5G enablement versus 4G LTE,” Mike Sievert, the carrier’s chief operating officer said at the time.