Private LTE networks made possible with LAA and CBRS

Mobile phones are an essential part of how people live and work. And demand for mobile data—whether a salesman uploading a presentation to a collaborative, cloud-based service or a customer watching high-definition video while waiting for an appointment—is increasing at a breakneck pace.
This dynamic is prompting carriers to invest heavily in building out denser, more powerful networks. But, regardless of how robust a network, it won’t provide the quality of experience enterprise and consumer end users want without spectrum. Mobile network operators spend billions in government-run auctions to acquire spectrum licenses for both nationwide coverage and enhanced, geographically-targeted capacity. But there’s only so much licensed spectrum to go around, and, over time, it won’t be able to support data demand.
To address the spectrum crunch, there are two major trends shaping the telecommunications industry: Licensed Assisted Access (LAA) and the 3.5 GHz Citizens Broadband Radio Service (CBRS) band. We’ll take those one at a time. 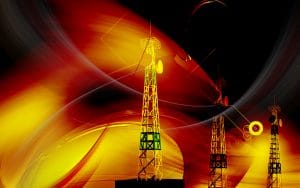 LAA builds on what’s called carrier aggregation, which allows a carrier to join together different pieces of radio frequency into a single, larger data pipe. In its first permutation, carrier aggregation applied only to licensed spectrum. Now, with LAA, unlicensed spectrum in the 5 GHz band—what we use for Wi-Fi networks—can be joined with licensed spectrum. LAA is one of the key technologies shaping gigabit-class LTE networks; all the Tier 1 U.S. carriers–Verizon, AT&T, T-Mobile and Sprint—have already or are planning to commercially launch LAA.
CBRS, also called the innovation band, has long been used chiefly by the Department of Defense, but the U.S. Federal Communications Commission is considering rules that would allow incumbent users of the CBRS band to share the spectrum with carrier, enterprise and other users to help alleviate the spectrum crunch. While federal rule changes are pending, a three-tier sharing licensure system is under consideration and would cost significantly less to access than traditional licensed frequencies.
LAA and CBRS are opening up new spectrum for use by carriers looking to deliver better quality of experience to subscribers, while also opening up the cellular market to new entrants—enterprise stakeholders looking to deploy private LTE networks and cable companies looking to diversify their offerings to include mobile broadband services.
The idea of an enterprise-owned, private LTE network is a relatively new prospect, but consider a hypothetical: A commercial real estate firm builds and manages a large, multi-building complex that serves as headquarters for a major corporation that supplies its employees with smartphones that all connect to the Verizon network. The corporation wants to ensure there’s ubiquitous cellular access inside and between the buildings. LAA and CBRS small cells, which are available from most major network infrastructure vendors, could serve as a signal source feeding strategically placed remote radio heads. Working with the carrier and a system integrator, the CRE firm could build out the system and include it in construction costs. The cellular service is then provided by the carrier over a system owned by the builder and used by the tenant, which pays its landlord for monthly usage on a fixed or variable rate structure just like it does for water, electricity or gas—cellular is considered the fourth utility. And that’s private LTE.
As CBRS rules are finalized by the FCC and pervasive deployment of CBRS and LAA drive down equipment costs and complexity, private LTE is a major growth area for the telecom industry and a major opportunity for venue owners.
To read more about CBRS-Band LTE click here