Investors in SoftBank Group Corp.’s tech fund closed out 2018 by halting a proposed $16 billion investment in the co-working office company WeWork, according to The Wall Street Journal. 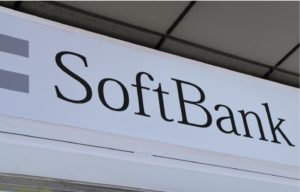 According to people familiar with the matter, the deal slowed because government-backed funds in Saudi Arabia and Abu Dhabi expressed concerns to SoftBank executives about the company negotiating to buy a majority of WeWork, which had been losing money.
SoftBank is currently a major WeWork investor through its Vision Fund. It acquired approximately a fifth of the WeWork in 2017 with a $4.4 billion investment at a $20 billion valuation. If the latest investment was approved, WeWork would be valued at about $36 billion, and SoftBank and its affiliates’ total investment in the company would be north of $24 billion. Saudi Arabia’s Public Investment Fund (PIF) and Abu Dhabi’s Mubadala Investment Co.’s majority contribution to the $100 billion SoftBank Vision Fund, allows them veto power over certain investments.
The resistance to the WeWork deal is something new for SoftBank Chief Executive Masayoshi Sun, who often gets to make investments as he sees fit. However, PIF and Mubadala have questioned investing more into WeWork and are unsure of the company’s high valuation. Given WeWork was projected to lose approximately $2 billion in 2018, both funds expressed concerns the co-working company’s model could leave it exposed if the economy turns down, according to The Wall Street Journal.
Both PIF and Mubadala are invested in real estate and have informed SoftBank executives they prefer to stick with technology investments. The currently discussed deal reportedly would include $10 billion from SoftBank to buy out a majority of the existing outside shareholders, along with an additional $6 billion in new capital for WeWork during the next three years. WeWork Chief Executive Adam Neumann would maintain control of the company.
Son hopes the funds will allow the Vision Fund to pay for at least part of a restructured deal, according to The Wall Street Journal. SoftBank is looking for alternatives to fund the deal that include using its own money, raising debt or bringing in outside investors. Using funds from its Japanese telecom business initial public offering also appears to be an option.
According to some analysts, WeWork resembles a traditional office leasing company and have warned that if demand or office space and rent prices wane, WeWork could be hampered with fixed-rent leases for the next 10 to 15 years. However, if WeWork becomes a financial success, it would not only reflect well on Son’s foresight, but also provide a boost to SoftBank shareholders.
Most of WeWork’s spending had gone towards new office space as the company continues to grow. Despite executives’ predictions for strong profits by now, WeWork has seen its losses grow faster than its revenue. The company pulled in $1.2 billion revenue during the first nine months of 2018, but spent twice as much, which resulted in a $1.2 billion net loss. However, the company said those losses reflect heavy investments in growth and its individual offices are profitable once they’re leased.