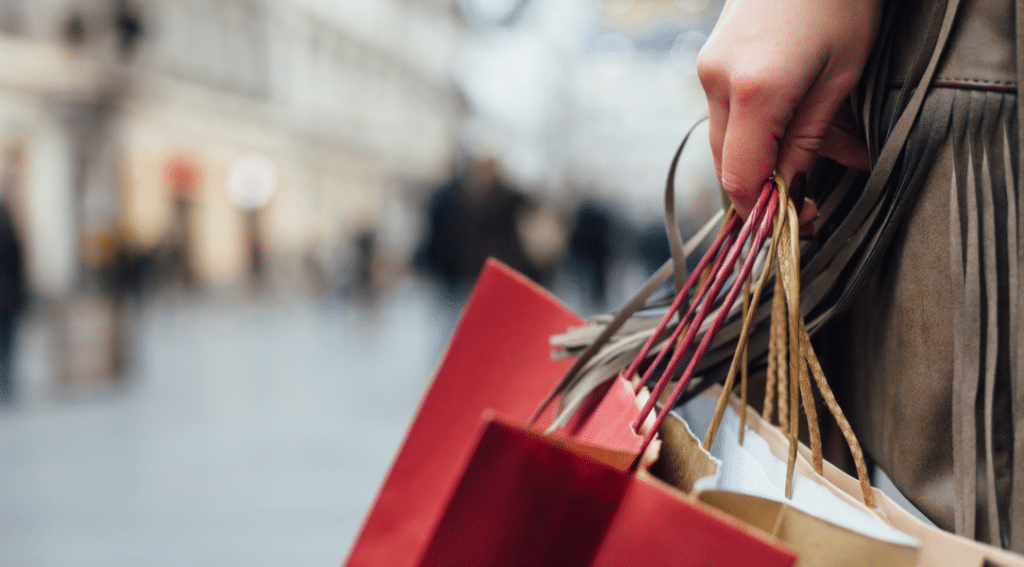 The holiday season is time for a lot of familiar traditions, gathering with friends and family, office parties, funny sweaters and of course shopping. Gift shopping is perhaps one of the holiday season’s most consistent trends, but unfortunately for the commercial real estate industry, more of that shopping is being done online.

Earlier this year, the Commerce Department reported the total market share of “non-store,” or online retail sales in the U.S. was higher than general merchandise sales for the first time in history, according to CNBC.

“The days of the Internet and online shopping being ‘just a fad’ have come a long way over the years, but February’s Retail Sales report highlighted another of many major milestones that the growth of online shopping has reached over the years,” Paul Hickey, co-founder or Bespoke Investment Group said in April.

Amazon has played a key role in enabling online shopping’s growth, according to CNBC.

“Amazon Prime has been a big driver because people don’t think about shipping anymore — that’s a big contributor,” Hickey told CNBC. “We’re seeing an overall a continuation of a trend that’s been going on for years now.”

It was just in October when Connected Real Estate Magazine wrote about CNBC’s “Mad Money” host Jim Cramer warning of a potential “Mall-Armageddon” after financial company Credit Suisse downgraded retailers like Macy’s and Gap from “neutral” to “underperform.”

“When you match (the Credit Suisse report) with the strength of American Express and the extensive spending by the U.S. customer, they’re spending at Wal-Mart, Amazon, Target, Costco and Home Depot, Cramer said on CNBC’S “Market Now” in October. “They’re not going into the mall. I look at this piece, and I say a mall Armageddon is going to happen. This piece is extraordinary. You go the mall and there’s no one unscathed.”

“There is an absolute panic amongst retailers about what their future looks like,” Fifth Gen Media CEO and Publisher Rich Berliner said. “Even the malls that are successful are becoming more of an entertainment attraction. But with fewer and fewer strong retailers, it hurts the mall’s ability to be a destination even with a roller coaster or a ski slope like the (East Rutherford, NJ entertainment complex) American Dream experience.”

One of the main reasons people prefer to shop online rather than in-store is convenience. Why drive and fight potential crowds when you can order something from your couch and have it a few days? It’s one way to look at it, but if enough people share that philosophy, retail stores will eventually cease to exist. While that would be bad for the retailer and the building owner, shoppers would lose out too, because their ability to physically touch a product or try on a piece of clothing before they buy it would be gone.

“People should be mindful of the fact that they have to support retail if they want the ability to have the retail experience someday,” Berliner said. “Today, it’s very convenient to go online and order from Amazon or other online retailers, but what does that do to service the people that work and invest in retail? The same goes for the CRE folks who are the underpinning of the retail business.”

Online shopping probably isn’t going away, but that does not mean people have to buy everything from their house all of the time. There’s still a market for in-store shopping—in fact, according to Forbes, consumers spend more money per visit in-store than they do online. So, retailers’ issue isn’t getting people to shop once they’re in the store; it’s getting them there in the first place.

So what’s the solution? Retailers need to give shoppers a reason to come to their store, according to Berliner. One suggestion for clothing retailers is embrace augmented virtual reality—this technology could allow shoppers to do things like see how a sweater on them through VR and switch through different colors of that sweater.

Where a retailer is located can also factor into their in-store shopping figures. Wal-Mart for example is often in places where a trip there is viewed as an outing.

“Wal-Mart is a destination,” Berliner said. “I think Wal-Mart is one of the successful retailers because from a location standpoint, they’ve chosen places where they know that they’ll be a destination because frankly shopping is an event in many places in this country.”

Shoppers should buy in-store once they are there

A common trend in places like Best Buy is for a shopper to get the retail experience by going to the store to touch and see what they want, but then purchase it online. Although the purchase was made, it still hurts the retailer and again could cause the store to eventually go away, which will hurt the shopper in the end, too.

“If there’s no Best Buy one day, where are you going to test that product out, look at it to make sure it’s what you want first?” Berliner said. “I think it’s very shortsighted if we don’t respect and patronize retailers so that they continue to thrive and exist so that they are there when we need them. If we put the retailers out of business, I think the alternative will be sad.”