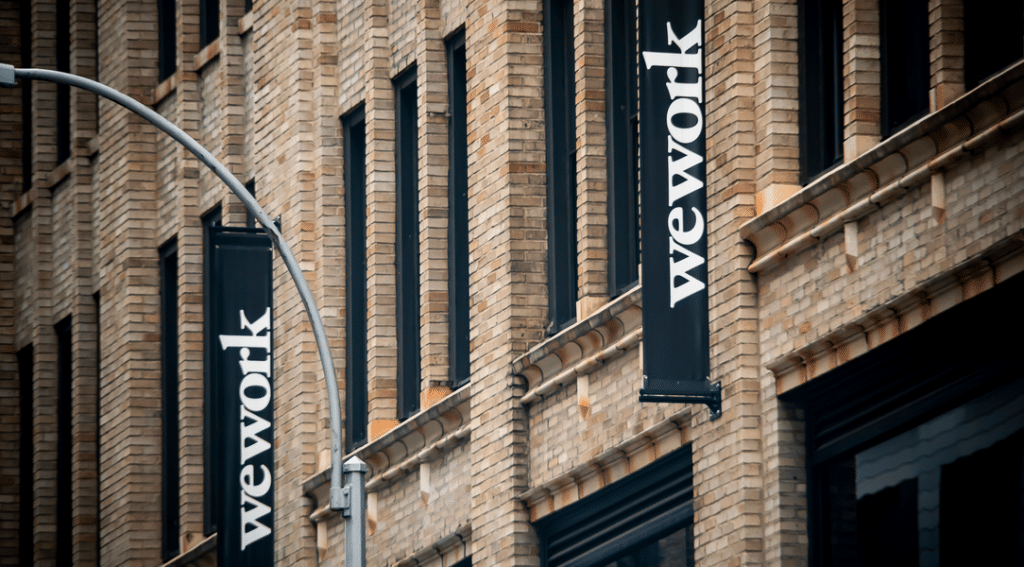 As co-working company WeWork prepares for its initial public offering (IPO), investors and analysts are looking at one WeWork’s rival’s experience of going public two decades ago as a reference, The Wall Street Journal reports.

The rival in question, Switzerland-based IWG PLC, has a similar business model and about the same sized footprint as WeWork does, according to The Wall Street Journal. The company’s IPO experience was not a smooth one, and investors and analysts are wondering if a similar fate lies ahead for WeWork. IWG’s U.S. unit filed for Chapter 11 bankruptcy in the early 2000’s, which could be an ominous sign for WeWork as the U.S. bond market and slowing global growth could be pointing to a potential U.S. recession. However, WeWork has stated its flexible space model would be an attractive option during uncertain financial times.

Meanwhile, the comparisons to IWG are making analysts wonder if We Co., WeWork’s parent company, is worth what its backers say it is. IWG has been profitable for years and its market capitalization is about a tenth of the We Co.’s $47 billion private valuation even though company has reported sizable losses.

IWG’s initial struggles to go public aren’t the only factor making those in the industry questioning WeWork’s IPO, however. New York University Stern School of Business marketing professor and entrepreneur Scott Galloway is among those who aren’t convinced of the success WeWork is trying to sell potential investors. In his personal blog, Galloway notes cheap capital has allowed WeWork to give the illusion to investors and markets that the co-working company is creating value.

“In frothy markets, it’s easy to enter into a consensual hallucination, with investors and markets, that you’re creating value,” Galloway wrote “And it’s easy to wallpaper over the shortcomings of the business with a bull market’s halcyon: cheap capital. WeWork has brought new meaning to the word wallpaper. This is more reminiscent of the cheap marbled paneling you’d find in Mike Brady’s home office — paneling whose mucilaginous coating will dissipate at the first whiff of a recession, revealing a family of raccoons or the mummified corpses of drug mules.”

Galloway also pointed to a number of red flags surrounding WeWork’s financial well being—the first one being company CEO Adam Neumann recently sold $700 million in company stock.  “As a founder, I’ve sold shares into a secondary offering to get some liquidity and diversify holdings,” Galloway wrote. “Ok, I get it, but 3/4 of a billion dollars? This is 700 million red flags that spell words on the field of a football field at halftime: “Get me the (heck) out of this stock, but YOU should buy some.”

“(WeWork) is an especially risky business going into a recession, when the ability to variablize costs is limited, but revenue decline is unlimited,” he wrote. “(WeWork) has $47 billion in long-term obligations (leases) and will do $3 billion in revenue this year. What could go wrong?”

Additionally, Galloway raised questions about WeWork’s recent $47 billion valuation—calling it, “an allusion.” He pointed out that SoftBank invested at the $47 billion figure with a “perf”, which means its money is the first to come out so the company’s downside is minimized. Most other investors won’t have such protection.

“Similar to the DJIA, last-round private valuations are harmful metrics that create the illusion of prosperity,” Galloway wrote. “The bankers (JPM and Goldman) stand to register $122 million in fees flinging feces at retail investors visiting the unicorn zoo. Any equity analyst who endorses this stock above a $10 billion valuation is lying, stupid, or both.”

IWG operates furnished, serviced offices around the world that it rents out to companies and individuals under short-term deals like WeWork does. IWG’s is best known for its Regus brand, according to The Wall Street Journal. As of June 30, WeWork had 604,000 workstations, per its filing, while IWG had 602,535. IWG has also expanded its co-working subsidiary, Spaces, which offers more open, communal offices similar to WeWork’s.

We Co. rebuffed any comparisons to IWG or any other predecessor in its IPO filing, “We consider ourselves to be the pioneer of the space-as-a-service model, with a significant first-mover advantage.” We Co. also stated it is a technology company, not an office-services business. Company CEO Adam Neumann has referred to WeWork as a, “physical social network.”

What separates the companies the most is IWG’s measured approach to growth, which has helped keep it profitable. While IWG made an operating profit of $61.4 million on $1.59 billion in revenue, WeWork collected an operational loss of $1.37 billion on $1.54 billion in revenues since the beginning of the year, per its IPO filing. Meanwhile, IWG saw its share price almost double since the start of 2019 and brought its market cap to $4.45 billion.

“(IWG) is almost going in the opposite direction to the direction WeWork is going in,” said Investec stock analyst Michael Donnelly told The Wall Street Journal.

Part of the reason IWG had to file for Chapter 11 in 2003 was it rented furnished space to single businesses under flexible deals and were stuck with big vacancies when the companies left. Since then, IWG has avoided leasing whole locations to single firms, according to company sources.

Now, some analysts believe WeWork could make a similar mistake, as at some locations one company occupies most, if not all, of the office space. As of June 30, the company had $47.2 billion in lease obligations, of which it guaranteed around $6 billion, compared to a committed revenue backlog of $3.95 billion, The Wall Street Journal reports.

However, We Co. stated in its IPO filing it expects to be resilient in market downturn because companies will be in, “search for more flexible and lower cost alternatives.”