Wireless connectivity has allowed CRE owners to equip their buildings with amenities. It can be more attractive and enticing to prospective tenants. The industry shift has been a positive one for the most part. However some New York tenants and local elected officials recently took issue with needing facial recognition technology to enter buildings, Curbed New York reports. 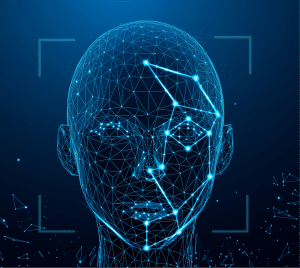 “No one should be required to have their movements tracked just to enter their own home, but that is the reality that we are starting to face,” Lander said at a recent Council oversight hearing. The hearing was on regulating such technology in residential and commercial properties.

Hearing attendees discussed two additional bills that would regulate landlords’ and businesses’ facial recognition and biometric software use, according to Curbed NY. One bill would make Landlords who use biometric technology register with the city. The second bill would require businesses to inform customers that they’re collecting their biometric data. Biometric data includes but is not limited to facial scans and fingerprints.

Council proposed these bills because legislative and public backlash to facial recognition technology. Studies on biometric data showed there’s a higher error rate when it comes to accurately identifying women and people of color. People also raised privacy and civil liberty concerns. Part of the reason Landers proposed his bill was because tenants at the Atlantic Plaza Towers in Brownsville learned their landlord wanted to install a facial recognition security system in the building.

Does Biometric Data Pose as an Ethical Dilemma?

In May, 134 Atlantic Plaza tenants filed a challenge to New York State’s Homes and Community Renewal department, according to Curbed NY. The tenants asked the agency to block the keyless system on privacy and ethical grounds. This technology exists in New York City, but the Department of Housing Preservation and Development (HPD) doesn’t keep track of properties that use biometric data collection. That means the HPD doesn’t have data on how wide spread the tech is in New York’s five boroughs.

“We are glad our City Council is paying attention to the use of facial recognition entry systems in residential spaces, but tenants need additional protections from the many risks involved in biometrics data collection,” said Samar Katnani, an attorney with Legal Services. “The tenants we work with are calling for a ban on facial recognition technology in residential spaces.”
The KEYS Act does not prevent landlords from using facial recognition. However, Lander said he would be open to banning the tech altogether, according to Curbed New York. Meanwhile, Two Bridges tenants said their building’s technology was unreliable.

Distrust in The Product

“Many tenants have complained that the technology does not work,” Christina Zhang, who co-chairs the Knickerbocker Village tenant’s association, told Curbed NY. “You’re doing this dance to get the camera to recognize you.”

The HPD has stated it supports the KEYS Act. “until electronic methods of entry can be proven to not pose safety or privacy concerns,” according to Sarah Mallory, the executive director of government affairs for HPD. Mallory said that landlords could use facial recognition technology to track residents’ movements. She also pointed out a power outage could lock residents out of their homes.

An elderly tenant in the Hell’s Kitchen neighborhood said the keyless system his landlord installed was too complicated. He also expressed concern his movements will monitored through the technology. The tenant and his neighbors obtained physical keys in May after they sued the landlord.

Legislators in San Francisco, Oakland and Somerville, MA have banned agencies, including law enforcement and public housing from using facial recognition technology, according to Curbed NY. Lawmakers are doing the same in cities across the U.S.