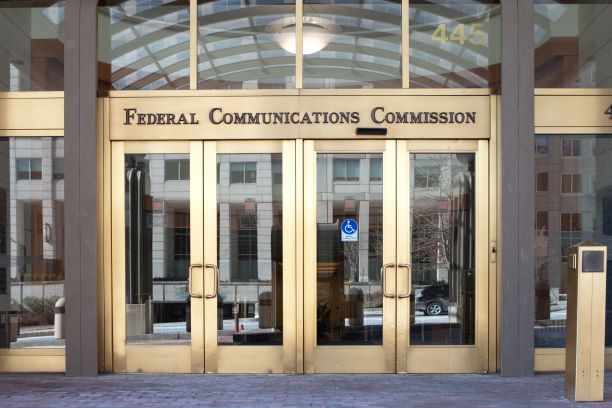 The Federal Communications Commission (FCC) took two landmark steps to support the deployment of the Citizens Broadband Radio Service spectrum (CBRS) last week.
In coordination with the National Telecommunications and Information Administration (NTIA) and the Department of Defense (DOD), the FCC approved the Environmental Sensing Capabilities (ESC) of three vendors — CommScope, Federated Wireless, and Google — for the commercial use of the 3550-3650 MHz portion of the 3.5 GHz band.
The ESCs consist of networks of sensors that detect the presence of signals from federal shipborne radar systems in the band and communicate that information to one or more Spectrum Access Systems (SASs) to facilitate the protection of federal incumbents such as the U.S. Navy.
“The technology [CBRS] is closing in on the end of its development cycle and approaching the initial deployment stage. Today, we stand at the brink of seeing the returns on all the work that has been poured into getting CBRS up and operational,” said FCC Commissioner Michael O’Rielly at last week’s CBRS Alliance annual meeting.
O’Reilly said ESC operators “are basically good to go” once their specific deployments are approved through the registration system, underscoring the FCC’s commitment to deploying CBRS as soon as there is an approved SAS.
The announcement follows a nearly three-year approval and review process that involved various FCC offices, the National Telecommunications and Information Administration (NTIA), and the Institute for Telecommunication Sciences (ITS).
A second critical step to making CBRS a reality was the announcement by the NTIA that it has wrapped up the laboratory testing stage of its examination of the systems of five Spectrum Access System (SAS) vendors.
Completion of the SAS testing phase is critical to the launch of CBRS because, in order to operate ESCs commercially, approved applicants must ensure that they are able to communicate with at least one FCC approved Spectrum Access System (SAS).
The SAS is used to detect incumbent Navy radar transmissions within approved geographic areas and manages parameters for dynamically assigning spectrum on an as-needed basis across the three tiers.
The approval of ESCs and the completion of the testing of SASs by the NTIA are critical milestones towards making CBRS a reality because without an approved SAS, there is no way for ESCs to operate.
The FCC still has to approve least one SAS for commercial deployment before these vendors can operate, but with the testing for five of the first wave applicants now complete, the Institute for Telecommunication Sciences (ITS) stated it may be ready to submit test reports to the FCC as early as next month.
“Once the Commission gets the reports and sends them to DOD and NTIA, we will need to approve them quickly so that the initial commercial deployment phase can proceed very soon, hopefully within a few weeks of today,” O’Rielly said.
O’Rielly said that while we are “on the precipice of seeing the vision of the CBRS Alliance and its members come into being,” he doesn’t see the 3.5 GHz auction happening before the second quarter of 2020.
“That is just not soon enough,” O’Rielly said. “We seem to be stuck in the abyss of auction software development and technical-sounding excuses. Procrastination must end, and the auction must be scheduled.”

O’Rielly also emphasized the need for more spectrum to meet commercial demand amplified by the advent of 5G.
“While everyone now appears to be jumping on the C-Band wagon now, there is also a great need to free up the spectrum immediately below the CBRS band. I recognize that this will cause concern with existing federal government users, but federal agencies happen to be sitting on prime 5G spectrum,” O’Rielly said.
“We need to take the necessary steps to reallocate as much of this spectrum as possible to meet this nation’s demand for more commercial spectrum,” he added.