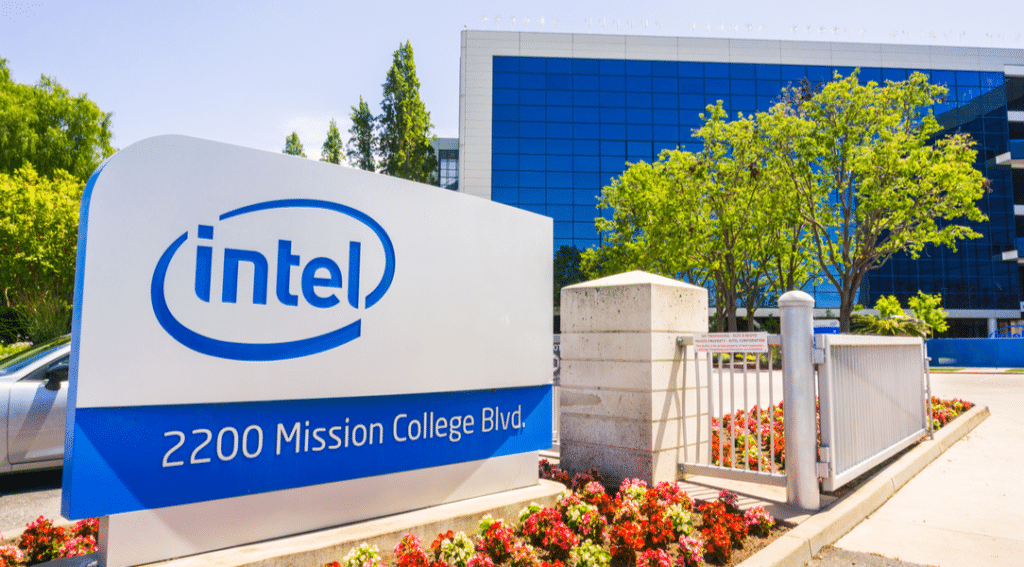 Apple Inc. may have just added a new lane in the race to 5G. The smartphone maker is in “advanced” talks to buy Intel Inc.‘s 5G modem division in a deal which could be finalized as early as next week, according to reports by  the Wall Street Journal.

The $1 billion or more deal would include Intel’s intellectual property, patents and employees and put Apple – known for making it own primary technologies-  In line with Qualcomm when it comes to developing the next generation of 5G products.

Intel which bought its modem business from Infineon Technologies AG for $1.4 billion had problems making a 5G chip for Apple’s iPhones and exited that business after Apple and Qualcomm settled their pending lawsuits  reaching a multi-year chip supply agreement in April.

Sales of the iPhone, which accounted for nearly 54% of revenue in the quarter ending March 2018, fell to 217 million last year after peaking at 231 million devices in 2015.

iPhone sales have been suffering due to Apple’s mix of legacy phones but the dawn of 5G connectivity could pull Apple out of its iPhone rut.

“We think the higher bandwidth and improved connectivity of 5G will provide a more compelling upgrade. Once 5G arrives in earnest, we think it will be difficult to sell any computing device a PC, tablet, or anything else that doesn’t include a 5G modem,” notes Chris Caso analyst at Raymond James.

But for iPhone users that 5G upgrade could take time. While every Android handset maker will launch a 5G phone this year, Apple isn’t expected to have a 5G iPhone until 2020 or later.  Qualcomm is expected to supply the modem for that device, but  its development had been delayed due to the ongoing legal battles which are now settled between the two companies.

With Qualcomm being the only 5G modem supplier available to Apple right now, buying Intel’s technology could give it a vital piece of the puzzle which it doesn’t control – a modem that taps into cellular networks in the long run.

The Intel deal will not help Apple bring a 5G smartphone to market this year,  it will speed up in-house development efforts and supply chain independence to build 5G devices in the long run.

“This would be a clear ‘doubling down’ on 5G, which remains at the centerpiece of the company’s smartphone future with these chip assets giving Apple further control over its supply chain and core chip design,” notes Daniel Ives analyst at Wedbush.

But Apple’s ambitions aren’t just limited to its handset market. Acquiring Intel’s smartphone modem chip business could have implications for its other product lines, including the Apple Watch.  Sales of the Apple Watch grew to $5.1 billion in the second quarter of this year and nearly 75% of Apple Watch buyers were new users. A more efficient S chip which powers the Apple Watch is key to the company’s success in its wearables business as well.

An Intel deal would give Apple the ability to develop integrated 5G modem chips which will be smaller and more power-efficient. Currently, the modem and central processor are separate components and long as Apple continues to buy its modems from Qualcomm that is not likely to change. Integration is one of Intel’s strongest suits, and with the massive infusion of engineering talent from Intel, an integrated 5G modem could be in the works in the future.

For Apple which has $113 billion of net cash in the bank, a $1 billion price tag which accounts for less than one week’s worth of free cash flow is a small drop in the bucket.

Shares of Qualcomm fell 2.5% on Tuesday after the news that the deal may be in the works. Most analysts don’t foresee a significant impact on Qualcomm’s business in the short-term. The deal inked by Apple and Qualcomm in April is a multi-year arrangement, and chip development takes at least five or six years.  Ultimately the success of Apple’s proposed acquisition of Intel’s modem business will hinge on whether it  can build its own 5G modem in the coming years.