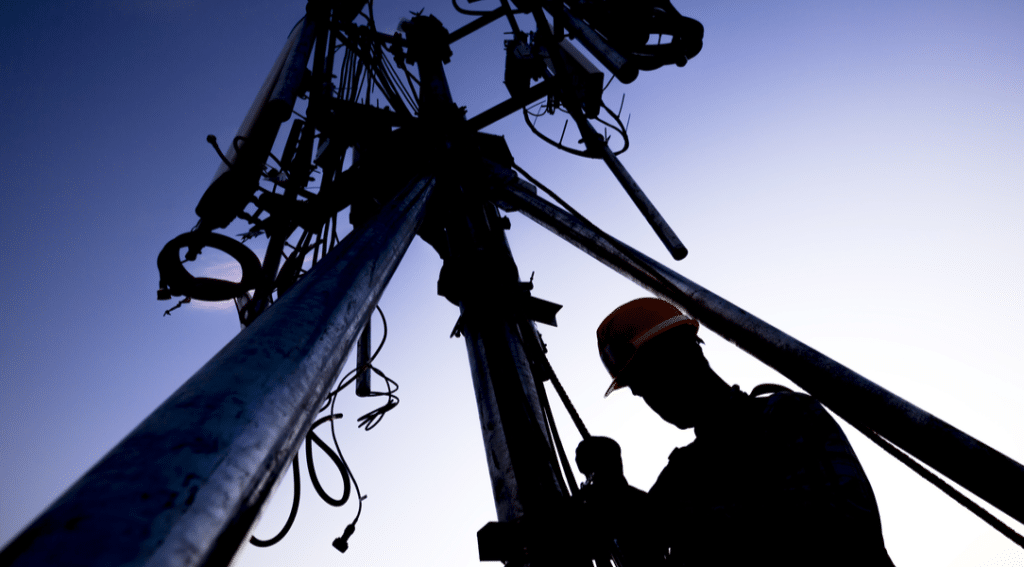 DISH Network Corp.’s entry into the wireless industry may be a boon for wireless tower operators as the new carrier ramps up efforts to build its own 5G network.

DISH announced plans to buy $5 billion worth of assets and become the fourth wireless carrier in the U.S. as a part of a deal negotiated to gain Justice Department approval for the union between T-Mobile and Sprint.

DISH plans to make a $10 billion investment in a standalone nationwide 5G network and deploy more than 15,000 5G sites by mid-2023 boosting the long term outlook for tower companies, especially those in urban locations.

Wireless tower companies closer to the urban core like Crown Castle are most likely to benefit since DISH’s paid subscriber network is located mostly in those areas, according to analysts.

Jeffrey A. Stoops CEO of SBA Communications cautioned it was too early to comment on implications of Sprint-T-Mobile merger in the company’s second-quarter earnings call Monday and stated that the establishment of four nationwide carriers is positive for the tower industry.

“As the industry accelerates networked activity to provide 5G service and with the increasing recognition of low and mid-band spectrum as a primary component of nationwide 5G networks, we are well-positioned in the macro tower business and remain confident in our ability to capture additional organic growth for years to come,” Stoops said.

The new deal also provides the option for DISH to assume leases of 20,000 cell sites for five years that Sprint plans to decommission which analysts say could slightly dampen the construction of new sites.

“While this is a positive and lessens the looming churn risk the towers faced as S (Sprint) sites would be decommissioned, it also lessens the “manna from heaven” impact of bringing in a new carrier (DISH) that would have a greenfield tower build,” wrote Wells Fargo Senior Analyst Jennifer Fritzsche in a note to investors.

Overall new site builds have been on the uptick as more carriers expand coverage and improve network density to support 4G future and 5G networks.Amercian Tower  announced plans to add 10,000 new sites reaching record levels of international macro tower construction in the second half of 2019 on its earnings call yesterday as carriers expand geographic coverage and improve network density.  The tower operator also expects to rising growth in organic tenant billing in US and EMEA markets in the latter half of this year.

Jim Taiclet, American Tower’s CEO, stated, “U.S. consumer demand for mobile data continues to expand more than 30% per year, with broadly similar usage growth rates in our overseas markets fueling ongoing demand for tower space. In addition, initial 5G deployments are now picking up in the U.S. and we are seeing increasing signs that low and mid-band spectrum on macro towers will serve as a substantial component of next generation networks.”