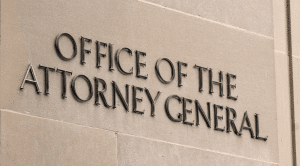 The Federal Communications Commission (FCC) officially approved the $26.5 billion T-Mobile Sprint merger this week. FCC Chairman Ajit Pai and two other Republican commissioners voted to approve the merger, while the two Democratic commissioners opposed. The FCC commissioners voted the same way last month, but the order wasn’t made public until they could cut confidential information and allow the commissioners time to draft statements, according to wire reports.

“The Commission found that the transaction will help close the digital divide and advance United States leadership in 5G, the next generation of wireless connectivity,” the FCC said in a release. “Specifically, T-Mobile and Sprint have committed within three years to deploy 5G service to cover 97% of the American people, and within six years to reach 99% of all Americans. This commitment includes deploying 5G service to cover 85% of rural Americans within three years and 90% of rural Americans within six years.”

The carriers have been fighting to get this deal approved since April 2018. They still face pushback however, as a group of state attorneys general filed a lawsuit to block the T-Mobile Sprint merger. The lawsuit argues the merger would raise prices for customers. The trial is set to begin on December 9.

“While Sprint is not on the brink of financial collapse, there are serious questions about how strong a competitor it can be in the years to come on a standalone basis,” Pai said in a statement accompanying the order.

“The most likely effect of this merger will be higher prices and fewer options for all Americans,” Democratic FCC Commissioner Geoffrey Starks said in his dissent. “(The T-Mobile Sprint merger) is exactly the type of merger that the Justice Department and the Commission have discouraged and rejected in the past: one that would harm competition and result in higher prices and poorer service, particularly for the most vulnerable consumers.”

The U.S. Justice Department approved the T-Mobile Sprint merger in July. Per the DOJ deal, T-Mobile and Sprint would divest the latter’s prepaid business, including Boost Mobile to Dish Network Corp. The carriers would also provide Dish Network with access to 20,000 cell cites and hundreds of retail locations. That deal is reportedly worth approximately $5 billion.

In the midst of the FCC approving the T-Mobile Sprint merger, the Puget Sound Business Journal reported that the deadline for the carriers to extend their merger agreement passed on November 1. The expiration means Sprint could renegotiate the merger contract terms, but that seems unlikely, according to Keith Snyder, an analyst for New York-based investment research firm CFRA

“Quite frankly, Sprint isn’t going to ask for a renegotiation because it’s probably going to be detrimental to them,” Synder told the Business Journal. “The sense I get is that T-Mobile is pretty comfortable with the evaluation they have given (Sprint), even with all that’s happened in the past year, so I doubt T-Mobile will demand to renegotiate.”

The carriers have about three weeks to file an extension, according to the Business Journal.

“We continue to be committed to completing the merger with T-Mobile,” a Sprint spokeswoman told the Business Journal when asked about the lack of a new filing.

The crown jewel of this deal is the 2.5 GHz midband spectrum that sprint owns. The combined company will have a big advantage in the race to 5G by virtue of this spectrum given that it is ideal for 5G to ride on.